In the recently-released war movie 300, there is an acerbic exchange between the Persian Emissary and King Leonidas of Sparta that stands out as a precursor to the war between the 300 brave Spartan soldiers and the massive Persian army. Now here’s an exchange on similar lines: 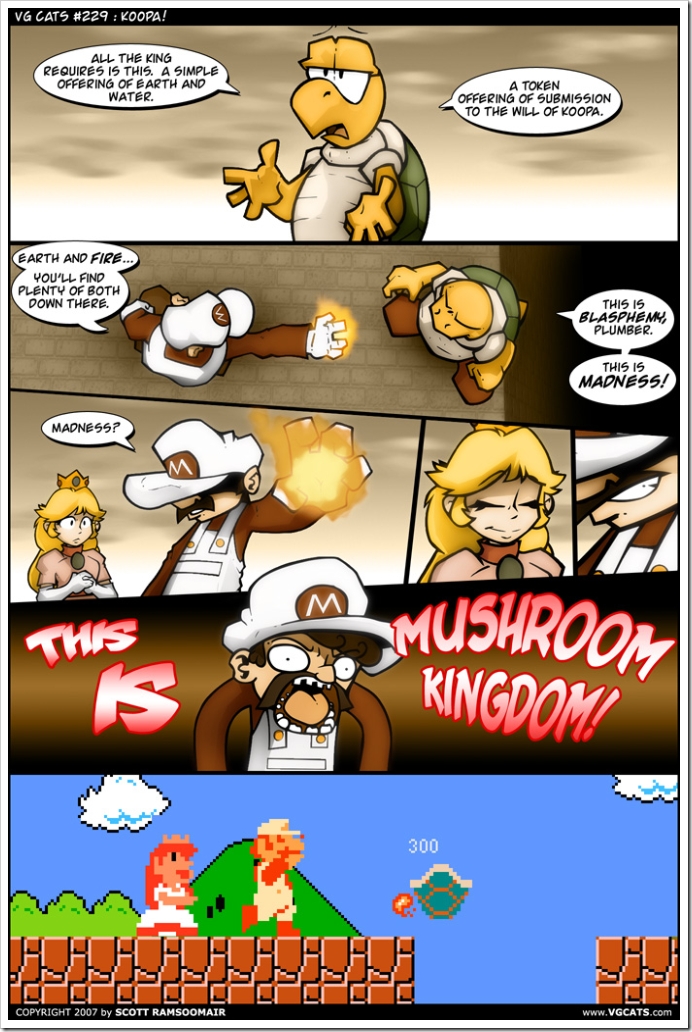 Hi There!! I'm Chittaranjan a.k.a "C" ...a happy-go-lucky-guy who is fond of the internet and food!! Am a QA Manager by day (and sometimes into the evening & night as well) and roam the corridors of the interwebs at other times. I follow Ferrari & Manchester United, so Red is obviously a favourite color. The love of blogging has been on the wane for a while though I'm still trying to rekindle that spark.....never say never, eh! View All Posts

2 thoughts on “Leonidas Versus Mario”

This work is licensed under a Creative Commons Attribution-ShareAlike 2.5 License